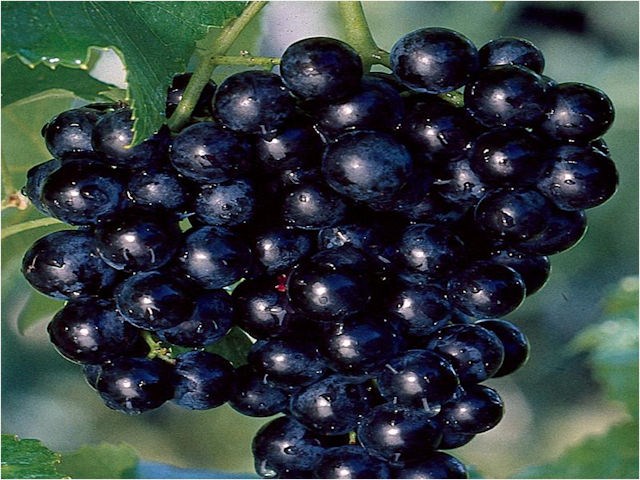 Pourouma cecropiifolia
Order: Rosales
Family: Urticaceae
Purouma cecropiifolia is a native fruit tree from the western Amazon basin in tropical South America, northern Bolivia, western Brazil, southeastern Colombia, eastern Ecuador, eastern Peru and southern Venezuela1. It is the best known of the twenty species of the genus Purouma.
Vernacular names:
This tree has many different names. In French it can be called "Amazon grapes" or "uvilla".
In South America, we find, among others, pihican, piican, cucura, mapati, puruma, uva or caimaron.
P. cecropiifolia is known in Brazil as purumã, cucura, imbauba mansa, imbauba-de-vinho, imbauba de cheiro; in Bahia as tararanga preta and in Manaus as mapati. In Colombia, it is called puruma, caime, caimaron, caimaron silvestre, uva caimarona, camberro, cucura, uva, sirpe, hiye or joyahiye. In Peru, simply uvilla.
Description:
It is a dioecious evergreen tree that grows up to 20 meters tall. The alternate leaves are composed webbed, with 9 or 11 leaflets 10 to 20 cm long and 2.5 to 4 cm wide, on a petiole of 20 cm. They are green on the upper surface, whitish or bluish gray and velvety below and give off a pleasant fragrance when crushed. The flowers are white, grouped by 20 or more in an inflorescence of 10 cm long. The fruit is ovoid, 1 to 3 cm long, purple when ripe, resembling grapes with the exception of its smell. The skin is rough, non-edible, but it peels easily. In each fruit there is a conical seed with a grooved fibrous cover.
uses:
The fruits are sweet, juicy, with a white, firm and mucilaginous pulp and are eaten fresh or in jam. One can also make wine with or a liquor with the supposed aphrodisiac virtues called uvachado and in Peru a coffee-like drink is prepared with roasted and crushed seeds-Jardim. Fruits can be attacked by fungi and do not keep well, limiting commercial viability.
The wood is light, coarse and not durable. It is used only for the manufacture of charcoal.
In Southwest Columbia, Indians reduce the leaves to ashes to mix with roasted and sprayed coca leaves to chew them into a fine powder called mambe.
Culture:
P. cecropiifolia has been cultivated since pre-Hispanic times by Indians in southwestern Colombia.
As the species is dioecious and the male and female flowers on different individuals, at least four to five trees are planted. The tree grows at altitudes below 500 m, it grows quickly and grows well on poor soils but prefers rich, well-drained soils and is vulnerable to flooding. It can not stand prolonged drought. Production begins after two or three years. For example, in Brazil, it is well adapted to the Southeast region and fructifies from August to January producing about 50 kg of fruit per season. In equatorial climates there may be two crops per year.
Native American mythology:
Ermanno Stradelli published at the end of the nineteenth century the Legenda del Jurupary, which speaks from a mythical point of view of the questions of language and birth in the ancient indigenous societies of Río Negro and the Middle Amazon. During this story, Seucy, a very pretty girl, goes into the forest and picks up some Pihican fruit that has fallen to the ground because of monkeys. She eats these fruits and juice flows between her breasts to her private parts without her noticing. Later she discovers that she has lost her virginity and that she finds herself pregnant. She will eventually give birth to a beautiful boy who looks like the sun and is called Jurupary, that is to say "conceived by the fruit". Jurupary later became chief and legislator of the village.