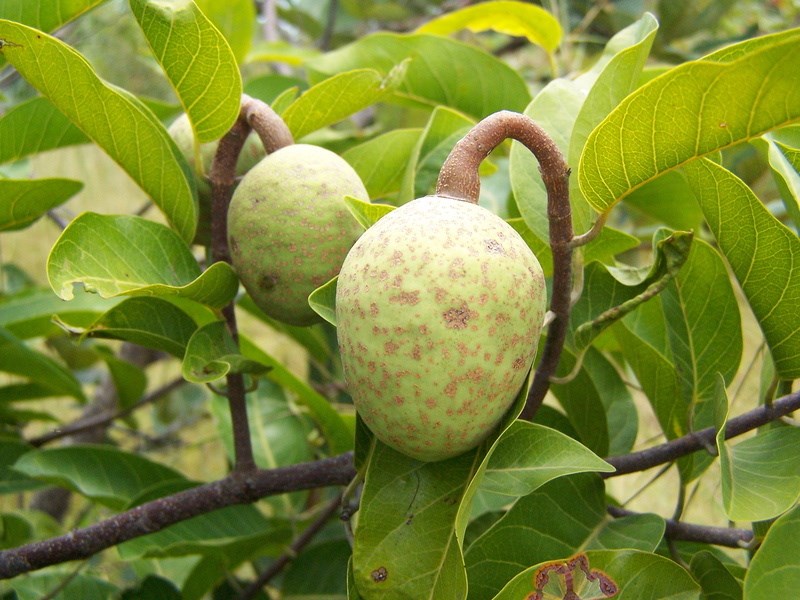 Saba senegalensis
is a plant species of the family Apocynaceae. It is a species of wild lianas that grows in African savannas and is grown as a shrub. Maad is the fruit of Saba senegalensis, which usually grows along stream banks. It matures with the first rains, after spending more than a year on the liana Its fruit is called zaban (in bambara or dioula), malombo or makalakonki (in the Congo Basin), maad (in Wolof), made (in French of Africa) and wèda (in Moore), or coastal (in Côte d ivory), and still "mkonkar" (in Mandjak).
It is a globose shell that contains seeds coated with yellow pulp very soft and juicy. They are tart and sweet. You can taste the fruit as is or season with sugar, salt and pepper.
Mixed with water and sugar, the pulp gives a delicious juice. The latex can on the other hand "modify the taste of the fruit", So there is a little trick to know to better preserve the madd: turn the peduncle until it yields, then rub the base of the fruit (that of where the latex comes out) into the earth. It will absorb the latex.
​It is not advisable to swallow the seeds. But the inside of the shell is covered with superficial skin that can be consumed. The fruit is rich in vitamin C, thiamine, riboflavin, niacin, and vitamin B6. The season is in West Africa that of the rains, that is to say from May to August. It is also found in East Africa, he or a neighboring fruit, saba comorensis, in Tanzania for example.
use Mad
Juice (bush recipe):
Extract the fruit pulp, put in a bottle Fill with water and SHAKE VERY STRONG! to detach the flesh from the cores add sugar or honey according to taste It will be enough to shake the bottle a little each time we use Saba senegalensis also has many medico-magic
uses:
latex is used to treat lung problems (tuberculosis), leaves are used in cases of migraines or food poisoning, the roots can stimulate female fertility ...