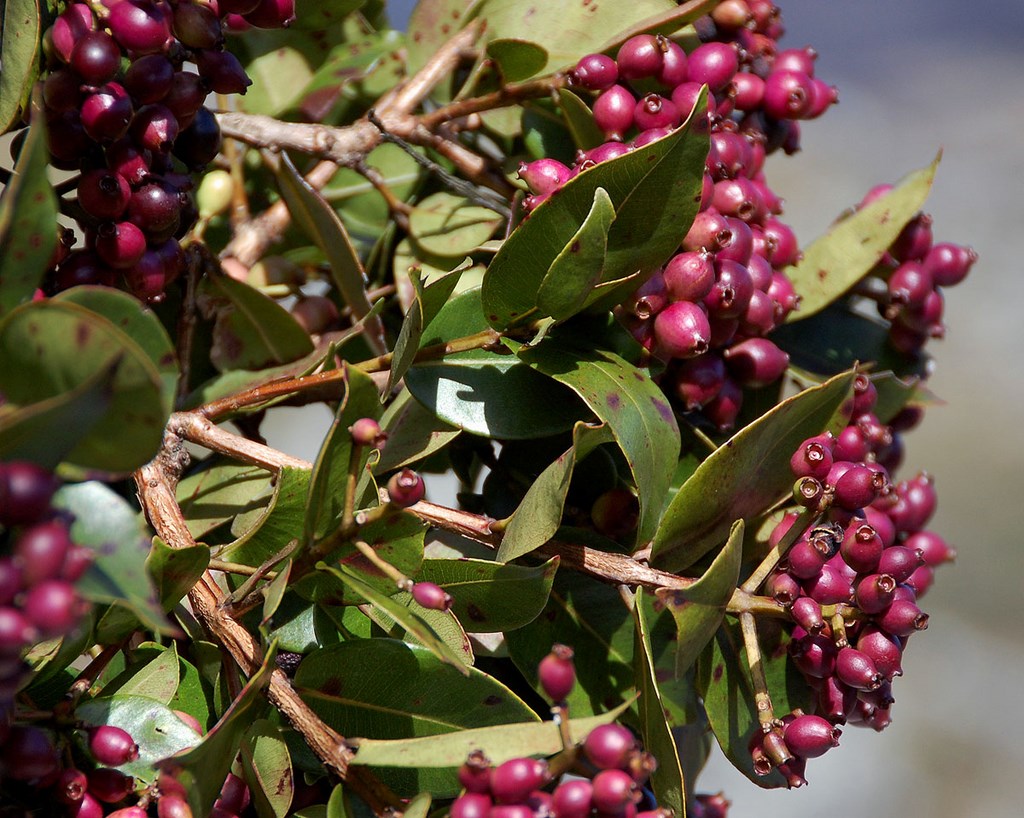 Syzygium guineense (Willd.) DC. var. guineense
Synonym: Calyptranthes guineensis Willd.
Common Name English: water berry Local names Bamileke: kakout. Bangangté: tchankwop. Baya: zomoli. Foulfoulde: asourahi. Hausa: malmo. Koma: tougnbo. Mboum: asora. Mofou: goujbet
Origin, geographical distribution and ecology
Species of tropical Africa. In Cameroon, it is widespread in forest galleries, savannas as well as Sudan, Sahelian and Guinean, where it often constitutes pure stands; it also exists in the savannahs of altitude until 1700 m. Description Small to medium tree up to 15-20 m tall and 60 cm in diameter; crown rounded, sometimes flabelled, multiple obliquely erect branches and dense, evergreen foliage; bark gray-brown, smooth, slice red brown. Leaves persistent, opposite, simple; elliptically limbal, up to 16 x 8 cm, shortly acuminate, attenuated base, dark green, many, thin, parallel, secondary veins; petiole up to 2 cm long. Flowering from November to May. Fruiting from February to August.
Variability and conservation of the resource
​Fruit exploitation is done on natural populations. No inventory of the resource has been made. The species is widely distributed in tropical Africa, with several subspecies growing in coastal areas up to 2100 m altitude. Agronomy The flowers are hermaphrodites. The fruits are subglobose drupes containing a nucleus. This essence regenerates naturally well. It requires a rainfall of about 1000 mm per year and prefers moist soils with a high water table, preferably near rivers. The seeds germinate easily with a high rate of 80-90% after 20-30 days. There are 2,400-3,700 seeds per kg of seed. Pretreatment is not necessary. The seeds must be sown immediately after harvest, otherwise they lose their germinability after 24 hours. Syzygium guineense also regenerates by cuttings.
uses
The parts used are: fruit, bark, leaves, roots and wood. The fruits of Syzygium guineense contain an edible sweet pulp. Wood is a good fuel for housewives (Walker and Sillans, 1995) and flowers are very popular with bees (beekeeping). The medicinal value of this plant is based on the astringent properties of roots, leaves and bark. The twigs and leaves are used against hookworms, and the leaves against amenorrhea and madness. The sap of Syzygium guineense gives a black dye used to color the textile. The wood is hard and widely used in construction and carpentry